Summer band concerts are back again!

These events are free and open to the public.
Feel free to bring a lawn chair or a blanket and enjoy some beautiful music! 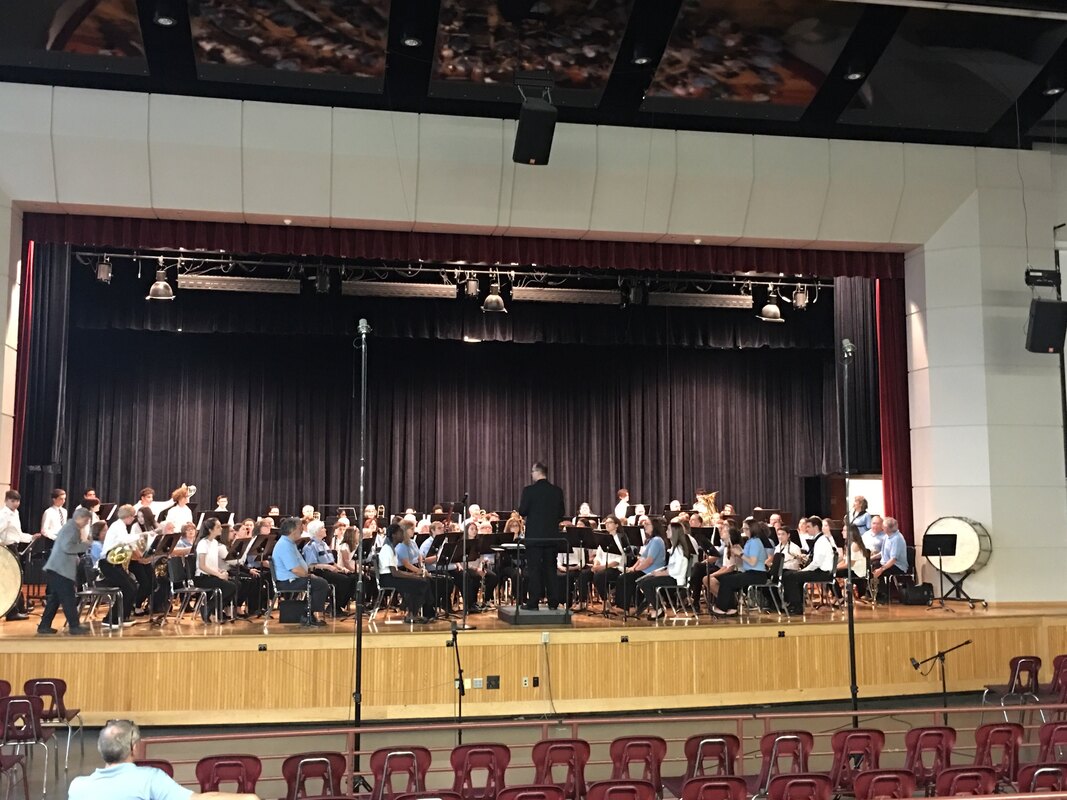 A tidbit of Village Band History...
In 1967, at the behest of Gerry Barrett, Village Counsel, the Webster Village Board agreed to create the Webster Village Band as a Village entity and asked Stan Maruszak to lead it. In the following years, Sue Siegmund began to assist Stan in Music Direction as the Associate Director and Marcia Naukam assisted in Band Administration.  When Stan passed away in late 2004, a group of band members worked together to continue the operation of the band and establish a band management relationship with the Village Board.  Thanks to the efforts of many,  the Webster Village Band can boast 50 years strong as of 2017!

The band is led by conductor Tom Indiano  and associate conductor Sue Siegmund.
The 60 + member band has entertained the Village of Webster for over 50 years!


Don't miss your chance to see and hear some great music in the Village!